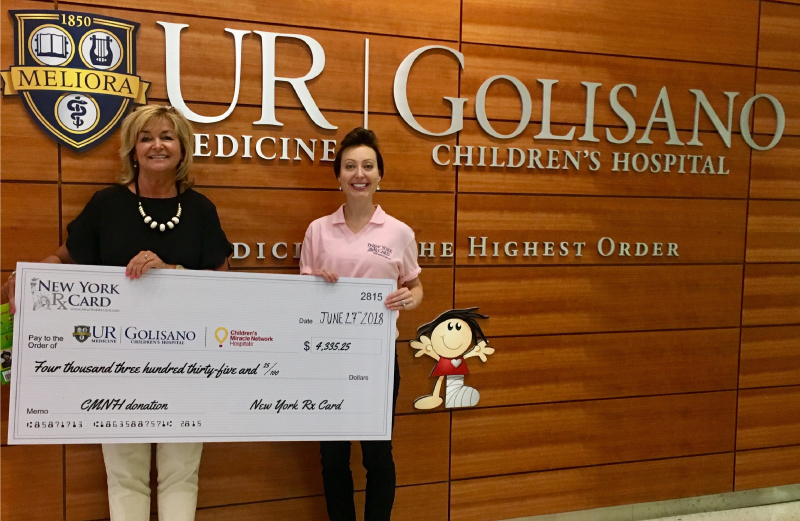 Katie Tripi (right), New York Rx Card representative, presents a donation of $4,335.25 to Betsy Findlay (left), Director of Advancement for Golisano Children’s Hospital.  Betsy gave Katie a tour of the main floor of the new unit. This beautiful hospital was finished in 2015, and is now separate from Strong Hospital where it was located before.  Due to the growing demand in mental health, Betsy informed Katie, starting this fall, there will be a new wing dedicated to mental health needs and will house a beautiful “Day- Hab” for outpatient adolescent mental health treatment along with units for those patients who stay overnight.  They also toured the busy lobby and you could see how tailored it was for children with its bright and cheerful design.  The tour also included a brief history on “Sandy” the child mascot who is the face of Golisano Children’s Hospital.  A donation will be made to your local CMN hospital each time a prescription is processed using the New York Rx Card.

Since 2015, the United Networks of America partnership with Children’s Miracle Network Hospitals has raised over $2.4 million dollars for local children’s hospitals. Of this, $4,335.25 has been raised for Golisano Children’s Hospital.